The TV Buying Journey: Any Way You Want It 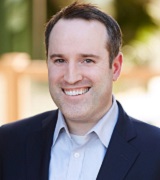 Recent innovations in TV are providing more valuable options to the ad buying process and promise to improve the consumer experience. Advertisers now have many choices when it comes to advertising. From new streaming platforms to rapid innovation in advanced TV, advertisers now have more ways of getting in front of audiences in an addressable way and networks have the ability to unlock more premium inventory.

As the TV space becomes more complex, it’s important to demystify the different types of ad buys. The optimal TV mix is what fits your agenda, and a multitude of TV mix choices can actually provide new ways to maximize your assets and provide the greatest flexibility. Just as other industries have evolved over time, TV is going through a rebirth, shifting from traditional TV to incorporate many of the benefits of (and avoid the drawbacks of) digital media driven by the innovations in ad tech.

TV ad buying today spans a medley of the new and tried-and-true, falling into three main categories: traditional TV, digital video and addressable TV. Each has its own set of values on either side of the buying equation. The good news is that you can weigh each according to your specific needs and combine approaches to fit your goals.

Traditional TV orders are what linear programming has been transacted on since TV’s inception. Agencies typically buy most of the TV advertising on behalf of advertisers, defining who they want to target based on age and gender surrogates. In the past, nearly 60%-80% of national ad spots were sold at the spring upfronts; inventory is also purchased in scatter during the TV season, as well as locally. But in recent years, the age-old system of TV buying is in flux.

National TV ads are sold manually through broadcast, cable and syndicate networks, while local TV ads are sold through the local broadcast and cable operators. Traditional TV orders are transacted on a standard currency basis using GRPs (gross rating points) and impressions. It’s a common misconception that GRPs are no longer relevant in an addressable or digital video world, when in fact they are key to understanding reach and frequency and are used to negotiate price. Impressions are used in traditional TV for both delivery and billing. As long as advertisers care about reach and frequency as well as exposures, then GRPs and impressions will be a part of the TV ad buy for many decades ahead. That is why both impressions and GRPs are being used more and more by advertisers when measuring and comparing campaign performance across traditional, digital video and addressable alike.

The upside of the traditional TV buy for buyers is that they can reach wide audiences with one order in a very trusted, transparent and safe environment. On the downside, audiences are determined based on age and gender proxies, which means that many of the impressions are going to viewers who are not in an advertiser’s refined target. Traditional TV orders are also largely manually placed and sealed with a handshake rather than heaps of paperwork. This is a long-standing practice that has earned its place driven by trust.

Digital video gained significant traction in the early 2000’s and grew up with different values and processes. Digital video ads are dynamically inserted across essentially unlimited digital properties, some of which are premium and viewed as a valued TV set, based on refined audiences. Delivery is flexible and completed in real-time using various serving technologies, and validation of delivery is based on impressions.

Digital video is primarily bought and sold using DSPs and SSPs in an automated fashion. Digital video can be highly accountable, but lacks a single trusted syndicated measurement source allowing for comparison across the sea of available options. Because there is no syndicated measurement today that allows for a full view of the marketplace, there is no real currency.

If the traditional TV order is the handshake, digital video insertion order (IO) is the signature on the dotted line. A digital video IO is more formal than what is typically done on the TV side. Despite its name, the digital video IO does not come with the automation we typically associate with the term “digital.” Instead, it requires manual negotiation and careful consideration of things like ad tax, fraud and viewability due to the number of players in between the content source and the end consumer.  Most importantly, the IO acts as the terms and conditions for all parties and ultimately keeps everyone honest.

Even with the above options, the market is looking for better ways to leverage technology and data to deliver more value to programmers, marketers and consumers on large portions of inventory. Marketers have expressed two key messages as a result of COVID-19 conditions on their investments: more accountability and more flexibility.

Addressable TV has been in the beginning stages of evolution for many years and is finally at a tipping point where potentially large portions of premium TV content can apply advancements in technology and measurement to meet the marketplace needs. At this critical point, the ecosystem needs ways to combine the best of traditional TV and digital video to bring to market the best of both worlds.

Before diving into how addressable TV is transacted, it’s important to first clarify what we mean by “addressable TV.” Addressable TV is the ability to define an audience and only have those audiences see the advertisement regardless of the way that content is received. Addressable TV is being deployed in several ways, including using a set-top box to refine cable network programming that is watched with a pay TV subscription, using smart TVs to refine broadcast and cable network programming in any way a smart TV displays this content, whether over the air, via MVPD, or even via streaming and OTT options.

With addressable TV technology being deployed for linear and on-demand viewing options, the sell and buy sides will aggressively seek options to unify all of their options. Sell-side players are looking to optimize yield and track performance in-flight instead of after a campaign is over. This not only makes their inventory more appealing to buyers, but also much easier to manage and maximize yield against a constrained inventory source. Buy-side players are looking to understand where their most desired audiences are consuming content across the array of viewing options and the best way to reach them simply, transparently and in the most economical way to meet their objectives.

In the end, there is no right answer when it comes to the TV ad buy. It all comes down to a simple math problem: How are you going to make more money? Both the sell side and buy side are trying to move products (commercial inventory and branded products respectively) and both need to determine the right mix of TV. The answer may be different for everyone. All three ad buys options have implications on the total available pool of impressions and yield, so you need to choose what’s right for you.

By embracing the new and changing TV order options, you can build the best version for yourself and ensure you are not missing out on the opportunities of innovation that could truly redefine the way you consider TV in the years ahead.