Corporate leaders are optimistic. Consumers, not so much. 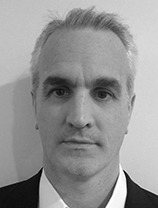 In a recent survey, Nielsen asked corporate leaders and the general public to describe the current state of corporate social responsibility (CSR). The gap in perceptions between the two groups is striking. More than two-thirds of U.S. senior executives feel that companies are more committed to corporate citizenship than they were three years ago – but the corresponding figure for the general public was just 39%. There is also a significant discrepancy between how each group sees the motivation and the level of commitment behind current CSR efforts.

So what’s driving the gap? In part, CSR has to be done right, and communicated well. In part, companies simply need to be patient, as perceptions slowly catch up with reality.

Do it right. Consumers today are savvier than they used to be about CSR. They are doing their homework, learning what it means to be socially responsible, and assessing a brand’s commitment with a more educated eye. Most have learned to sniff out “greenwashing,” as it is disparagingly called – the practice of undertaking socially-responsible activities as a promotional veneer on otherwise-unchanged corporate practices. For instance, when Nielsen asked both groups whether CSR efforts are driven by “responsibility to do what’s right” or “publicity possibilities,” consumer skepticism was evident. The majority of corporate leaders (61%) identified the motive as responsibility, but the general public, less willing to discount publicity as a motive, was split down the middle. 41% voted for corporate responsibility as the motive, and 43% for publicity (16% were neutral).

Communicate well. As a result, companies engaged in sincerely-driven CSR must work harder than ever to convince consumers of this fact. In any communication, authenticity is key. There’s nothing wrong with serving your own interests as well as those of the broader community, but overstating the virtue of your intentions or the scale of your impact is likely to appear tone-deaf and can discredit your brand. Consumers want to see that you understand the challenges inherent in sustainably advancing the social good, and that you have made a meaningful, long-term investment in doing the right thing, and doing it successfully.

Authenticity in communications is also important. Today, virtually everyone believes companies should communicate their CSR efforts. But approximately half of those surveyed feel that the way companies do it is too self-serving. Not surprisingly, consumers respond better to a low-key, informational approach, such as reporting CSR activities on a website or in an annual report sought out by already-interested consumers, than to anything with an obvious promotional element.

Third-party validation will help establish your CSR bona fides. Earned-media coverage, ideally demonstrating the impact of your work on individuals and communities is important, as are affiliation with a respected non-profit or civic organization and employee volunteerism.

Finally, make sure your marketing team understands that social responsibility is not a traditional product. Marketers gravitate naturally to sweeping claims such as “best shampoo” or “most refreshing soft drink.” Consumers prefer to hear about CSR with less hyperbole.

Be patient. Nearly all senior leaders are persuaded that there is a business case for being a good corporate citizen, and 78% have a plan in place to measure the impact of CSR activities. More than half of them believe companies today already behave in socially responsible ways. And yet this progress is not registering with a large percentage of the general public.

The unavoidable fact is that developing a CSR program takes time. Becoming a socially responsible company requires making changes to the company culture and getting buy-in from lots of different stakeholders. Only then will it be able actually to change its business practices to incorporate effective ways of investing in the communities and the causes it has chosen. Only the latter is visible to the public.  So a company could be making good progress against its CSR goal – but have that progress still be visible only to the company’s employees.

One way to bridge the gap is to recognize that CSR is a product that doesn’t have to be fully developed before sharing with consumers. CSR is generally a longer-term proposition than launching a brand extension for a shampoo or soft drink. Because of this, stories about progress can be as meaningful as data about impact. If your CSR program is still getting off the ground, start to talk about people—the people you’re helping and the people in the company who are making social change a priority.