Thinking Beyond Pink: Advertisers Need to be Smarter on Digital to Really Reach Women 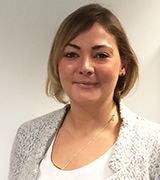 Conversations around the best way to target women can certainly be divisive. Several recent brandings aimed at female consumers have received pushback for appearing clumsy and patronising, while others have been deemed mere stunts with little intrinsic value. Marketers need to think more strategically beyond cheap tricks, making things pink, or adding female icons to labels to reach women.

But this overt approach to some campaigns might be explained by the fact that Nielsen’s data shows that, across the board, digital campaigns have a much harder time targeting and reaching females. Worryingly, this is particularly true for some huge verticals: shopping, retail and travel. Indicative research shows the same is true for automotive and electronic brands.

Perhaps surprisingly, given perceptions around female behaviors, Nielsen’s Digital Ad Ratings database shows that in the U.K. shopping and retail campaigns are twice as efficient at reaching males as they are at reaching females (81% targeting accuracy versus 39%) when considering all age and gender targets. The same is true of travel campaigns, while automotive campaigns are almost three times as effective at reaching males than females (16% for females versus 47% for males). Given that women control (or at least influence) the vast majority of household spend decisions, the fact that all of these categories are more effective at targeting men online, ought to be a cause for concern with advertisers and make them question agencies on their approach to this challenge.

Digital is high on the advertising agenda, but the numbers show that women spend less time online than men and, therefore, are harder to reach. Where they can be reached more effectively is through TV. Women are heavier TV viewers than males: using the U.K.’s Broadcasters Audience Research Board TV data, we found that in January of this year, over 57% of women were classified as heavy TV viewers, compared with just over 42% of men. And although more than 50% of U.K. ad spend is likely to be spent on digital this year, TV is still the widest-reaching medium in the country. Brands that advertise during news or political programs tend to have higher cut through for women than men.

Pet-related, special occasion, and family-related sites are the sites with the highest composition of women; while niche, and certainly not sites that all women will be visiting, advertisers should certainly consider these sites to ensure greatest efficiency in reaching female audiences.

Brands and their agencies need to think about the cleverest ways to leverage technology and harness smart data to ensure campaigns are delivered efficiently and effectively. The importance of first-party data cannot be overstated, and brands should leverage this in conjunction with third-party data sources to make sure they are targeting where women actually are.

Brands also need to think carefully about how they reach and resonate with women in a meaningful way—it’s not a one-size fits all approach. It’s easy to get swept up in thinking that digital is the panacea, but women aren’t just one, monolithic demographic. In the U.S. alone, women make up just over half of the population, and they’re accountable for over $39 trillion dollars. That puts them in charge of 30% of the world’s wealth, and that number is growing. The brands that will succeed in targeting will sidestep marketing tactics that draw on stereotypes and make smart use of data. Those who fail to do so risk losing out on the economic powerhouse that is female spending.