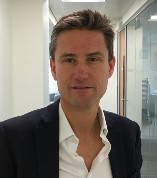 The traditional advertising landscape experienced a huge shift in 2020, and with the market still unsettled, we expect some atypical spending patterns among advertisers during the critical Christmas period.

Looking at the data from last year and from 2020 so far, we have a broad understanding of how the current environment will affect advertising spend this Christmas. Budgets overall are down from last year, with WARC anticipating that U.K. advertisers will spend £742 million less than 2019, a drop of 10.5%.

In terms of channel, TV is the dominant traditional platform as most of the nation spends more time at home. While cinema and out-of-home (OOH) would typically enjoy a higher profile during the festive season, lockdowns, the lack of big cinematic releases, limitations on non-essential travel and high street shopping have dramatically reduced audiences.

As has been the case throughout the year, grocery retail once again dominated the headlines for their ad spend in November and December. New creative from retail is always anticipated at this time of year, but it will be interesting to see how the sector addresses the thousands of families impacted by the pandemic and how the public receives them.

In fourth-quarter 2019, supermarket retail ad spend was up 67% year on year. Given that the supermarket was one of the few places consumers could shop during multiple lockdowns in 2020, we expect the grocery retail segment to perform strongly again this year.

Overall, in one of the more significant changes from last year, the government is the U.K. ‘s top advertising spender as it continues to remind the country to maintain ‘hands-face-space’ protocols, even as the vaccine rolls out. Ever-changing regulations will still see the need for an ongoing information campaign across all channels and particularly in TV, radio and print. However the unprecedented levels of government ad spend will most likely not be the same during 2021 as the country moves to a more normal way of living.

Other typical seasonal advertisers, however, such as fashion and gift retail, have been hit hard by the pandemic. Last year, department stores raised their ad spend by nearly 9%. With lockdowns affecting non-essential spend as well as the current bloodbath of closures in UK high street retailers, many consumers are adjusting their behavior as they spend more time at home. Unsurprisingly  department store ad spend will be lower overall. The first indications of their activity is that it is modest in terms of creative executions to previous years.

The sectors expected to decline in 2020

Ad spend in the travel and transport sector was up in the last quarter of 2019, as traditional end-of-year package holiday sales and festive trips abroad dominated. However, minimal travel corridors this year means significant ad spend on travel is highly unlikely, and we expect traditional post-Christmas package holiday advertisements to be minimal, in line with the significant drop in spend throughout the year.

Entertainment and leisure advertisers were the highest spenders of 2019, albeit they spent marginally less (a little over a percentage point) than in fourth-quarter 2019), but we tracked a 30% decline in ad spend from the category through September 2020, and we see little to no evidence of an upswing before the year end.

Most of the big name advertisers that initially paused their traditional ad spend in reaction to the pandemic have restarted campaigns, and those efforts have been rapidly refocused on the impacts of the pandemic. Coca-Cola, for example, came back in a big way with two Christmas ads – the nostalgic fuelled ‘Holidays Are Coming’ and ‘The Letter’, in which we saw a dad embarking on a big adventure to get his daughter’s letter to Santa in time. Both appeared to strike the right note with analysts and consumers alike.

In 2021 we anticipate further brand advertising to increase across all channels as the world returns to a level of normalcy, the vaccine is more widely available, and we move out of repeated lockdowns.